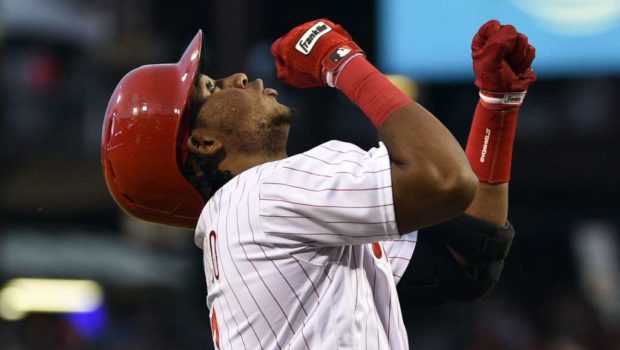 PHILLIES’ MAIKEL FRANCO MAY BE BACK IN LINEUP TONIGHT

Franco injured his knee during a rundown in the fourth inning Sunday, landing awkwardly after tagging out Washington’s Chris Heisey. Franco stayed in the game and hit a home run in the ninth.