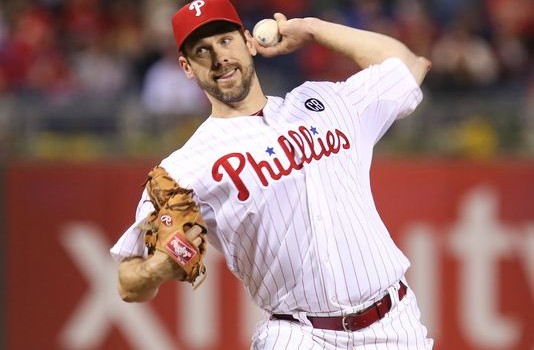 PHILLIES’ LEE FEELS NO PAIN AND BREEZES THROUGH TWO INNINGS

Cliff Lee hadn’t thrown a pitch in anger since last July 31, so there was great anticipation — and some apprehension — when he took the mound today against the Astros.

He worked two scoreless innings and gave up two hits with no walks or strikeouts in a 6-3 loss, and most importantly he seemed to have no physical issues with his left elbow that forced him to miss the last two months of the 2014 season.

Collin McHugh sailed through two scoreless innings against the Phillies, striking out three batters and walking one as the Astros beat the Phils 6-3.

With the starting pitchers out of the way, the Astros blasted three homers in a span of two innings to take a 4-1 lead. Luis Valbuena, making his first appearance in a Houston uniform, socked a solo homer in the fourth inning, and Robbie Grossman and Marwin Gonzalez homered on consecutive pitches off Phillippe Aumont in the fifth.

The Phillies return to Clearwater Friday to play the Yankees. Left-hander Cole Hamels, who has been at the center of trade rumors all offseason, will get the start in front of the Bright House Field crowd and an array of scouts.