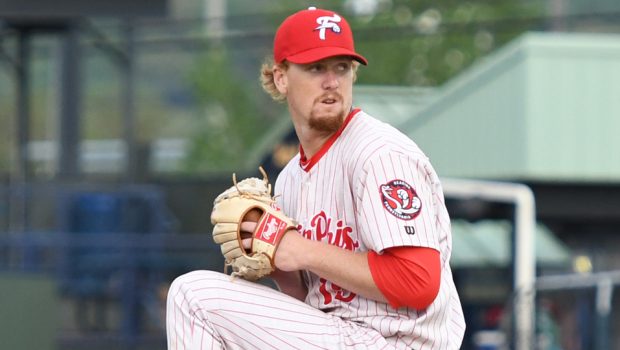 The Phillies protected three players from next month’s Rule 5 Draft, but not right-hander Tom Eshelman.

The team placed right-hander Adonis Medina, shortstop Arquimedes Gamboa and right-hander Edgar Garcia on the 40-man roster. Medina is ranked by MLB Pipeline as the No. 64 prospect in baseball and the Phillies’ No. 3 prospect, behind right-hander Sixto Sanchez and third baseman Alec Bohm.

Gamboa is the Phillies’ No. 11 prospect.

The Phillies did not protect Triple-A Lehigh Valley’s Eshelman, who was the organization’s 2017 Minor League Pitcher of the Year and ranks 27th on the Phillies’ Top 30 Prospects list.

Other Phillies top prospects not protected include second baseman Daniel Brito (No. 12) and infielder Jose Gomez (No. 16).