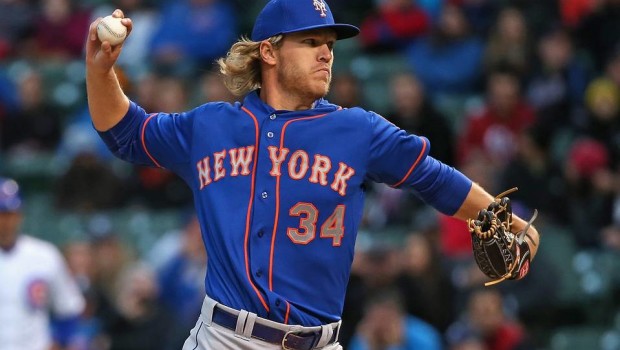 Noah Syndergaard struck out the side inn the first inning on 14 pitches, flashing his 100-mph fastball, and it looked like a long night ahead for the Phillies.

But they scored three runs in the second inning and two in the third in a 6-4 victory, winning their first series against the Mets since April 8-10, 2016.

Aaron Altherr, Tommy Joseph, Freddy Galvis and Andrew Knapp smacked consecutive hits against Syndergaard in the second as the Phillies took a 3-0 lead.

Maikel Franco snapped a career-worst 0-for-22 slump in the third, ripping a double to left field to score a run as the Phillies built a 5-1 lead.

“We were able to make some adjustments and put together good at-bats,” Joseph said. “I guess a pitcher of that caliber you have to keep the train rolling up and down the lineup, and we did a good job of doing that.”

But the Mets came back. Phillies right-hander Aaron Nola threw an 0-2 curveball in the third to Neil Walker, who ripped the ball to right-center field for a three-run home run to make it a one-run game. Syndergaard kept the game close from there, allowing seven hits, five runs (three earned) and striking out 10 in seven innings. ButFernando Salas allowed a solo homer to Franco in the eighth to give the Phillies a two-run lead.

The Phillies had lost each of their previous six series against the Mets, who fell to 43-20 against the Phillies since the beginning of the 2014 season.

The Mets lost for the fifth time in their last six games, scoring only 19 runs over that span. They also lost another player when Yoenis Cespedes left the game with aleft hamstring injury. Cespedes will have an MRI Friday morning, but he said doctors told him to expect to be out two to three days.