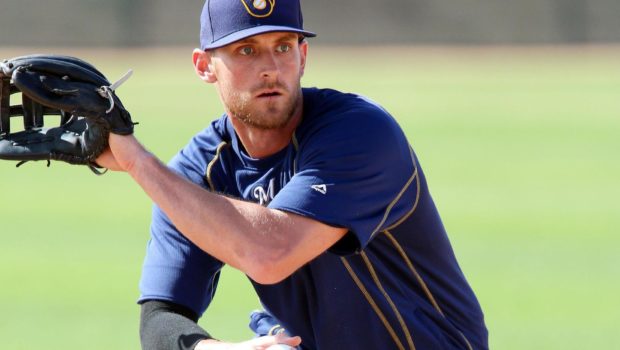 Spring training opens next month in Clearwater, and the Phillies have invited 10 non-roster players to come on down.

Pedro Florimon and Will Middlebrooks (above) are the best-known among them. Florimon, 31, hit .348 with four doubles, one triple and six RBIs in 49 plate appearances with the Phillies last season before a dislocated ankle ended his season Sept. 5.

Middlebrooks, 29, got a World Series championship ring with the 2013 Red Sox. He has played parts of six seasons with the Red Sox, Padres, Brewers and Rangers, posting a .663 OPS in 1,234 career plate appearances.

Matt McBride, 32, has spent parts of four seasons with the Rockies and A’s, compiling a .527 OPS in 202 plate appearances.

They also signed right-hander Pedro Beato, who had 33 saves with Triple-A Lehigh Valley; right-hander Steve Geltz, who has a 4.23 ERA in 110 big league relief appearances; catchers Eric Fryer and Logan Moore; infielder Heiker Meneses and Mitch Walding, who had an .842 OPS with Double-A Reading; and outfielder Danny Ortiz.