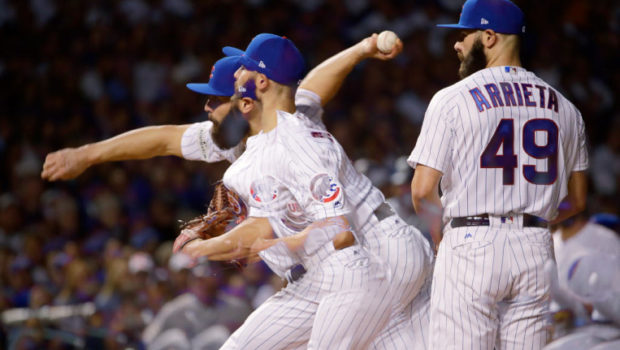 PHILLIES ARE AN INSTANT CONTENDER WITH ARRIETA IN THE ROTATION!

Jake Arrieta fills the Phils’ greatest need, because even if Jerad Eickhoff and Vinny Velasquez do turn out to be their best selves over 30 starts, someone’s going to get hurt and miss a few starts here or there, and after Aaron Nola, Eickhoff, and Velasquez, the Phillies have a lot of question marks and replacement-level pitchers in the pipeline.

Arrieta isn’t the best pitcher in baseball like he was in the second half of 2015, but he’s still very good: He made 30 starts in 2017, posting a 123 ERA+. And signing him costs the Phillies nothing but trivial draft-pick compensation and money. Before the Arrieta signing, the Phillies were running a $63.7 million payroll, which is unacceptable for a team in a market that size. When they were title contenders the better part of a decade ago, the Phillies were consistently a top-five payroll team—they could probably sustain a payroll three, maybe four times as big as the one they were running before the Arrieta signing: