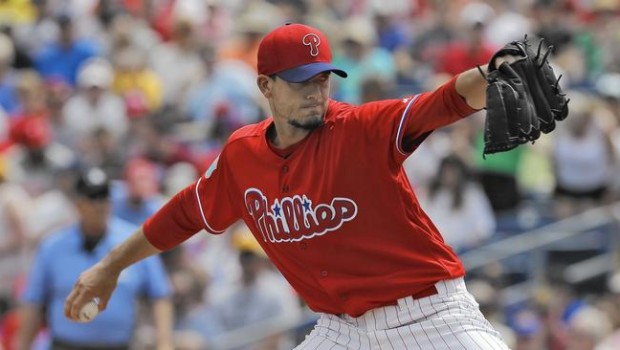 PHILLIES’ CHARLIE MORTON OUT FOR SEASON WITH TORN HAMMY

An MRI performed on Monday revealed that Morton tore his left hamstring in a start on April 23 against the Brewers during a sacrifice bunt attempt.

Morton is schedule to have surgery on Monday, May 2nd.