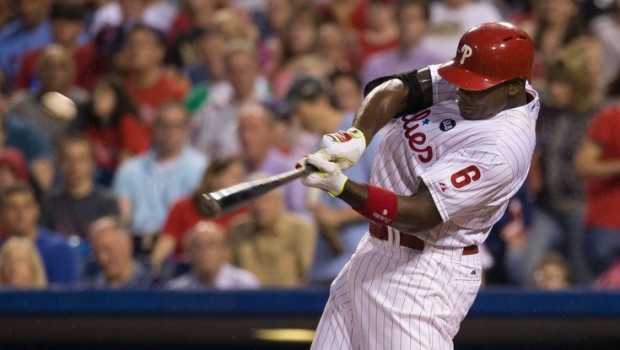 You’ve got to hand it to Phillies first baseman Ryan Howard, who is making the very best of a bad situation.

The 36-year-old great slugger opened the season in a platoon with Darin Ruf, but he moved into a reserve role following the arrival of Tommy Joseph in May.

“If he keeps hitting like he’s hitting, somebody’s going to want him,” Phillies manager Pete Mackanin said. “I’m happy for him. I like him. I never expected Howie to be my best friend while he was going through [the benching]. It’s not fun doing that kind of thing, but the bottom line is I pull for him. He’s a great guy. I’d like to see him succeed and go on and play as long as he wants to play. I’m hoping it works for him.”

Major League Baseball yesterday cleared Howard and Nationals first baseman Ryan Zimmerman of any wrongdoing following an investigation of the Al Jazeera documentary “The Dark Side” that claimed in December that Howard and Zimmerman took performance-enhancing drugs.

“I’m happy it’s over,” Howard said. “It’s something that weighs on you, when you get stuff like that. I’m happy to put it behind me and keep going.”

The Phillies might see more value in having the iconic first baseman finish the year with them and continue to mentor the team’s young players than give him to a contender for a small return.

The Phillies are expected to exercise the $10 million buyout on Howard’s $25 million club option for next season.

“Until somebody is not in our uniform, I always expect they’re going to be here the next day,” Phillies general manager Matt Klentak said.

Like Mackanin, Klentak also is happy to see Howard turn around his season.

“I know especially early in the year, it was a trying year for him,” Klentak said. “To see the way that he has handled all of that, and continued to grind, continued to work hard and to earn the playing time and now to be performing as well as he is for the last month or so, it’s a really good story. If this is in fact Ryan’s last year in Philadelphia, he’s helping to write a nice end to it.”