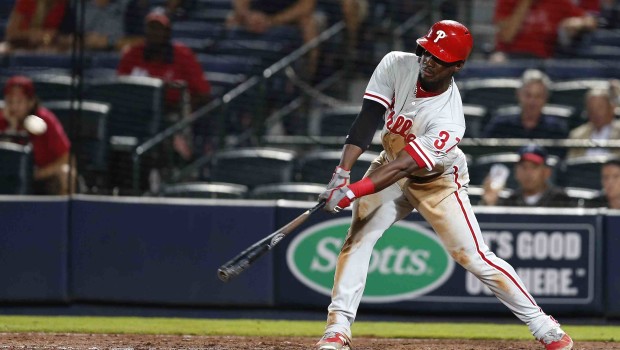 PHILLIES’ HERRERA NEEDS TO CLEAR HIS HEAD ON THE BENCH

Phillies manager Pete Mackanin doesn’t hesitate to send a star to the bench for motivation.

Take Odubel Herrera, who was set down two months ago for casual play. He has been on the bench in three of the past four games, including last night’s series opener against the Padres at Petco Park.

The Phillies faced left-handers in each those three games, but Herrera’s spot on the bench is not only a matchup issue. After all, he started 17 of the team’s first 21 games against left-handers this year.

“He doesn’t look like the same guy right now,” Mackanin said of the Phillies’ only All-Star. “I’m giving him a little bit of a reprieve here just to back off a little bit and maybe he’ll come in and ask me how come he’s not playing or maybe he’ll take advantage of the time off to clear his head and get back to where he was before.”

“He’s a little less disciplined than he was earlier,” Mackanin said. “He’s swinging at too many bad pitches.”

Mackanin said Herrera’s struggles could be a focus issue.

“It’s such a long season and a long grind,” Mackanin said. “You’ve got to be special to be up and post up for every game and some guys can do that and others need a little time. I don’t feel players get physically tired at the end of the season; I think they get mentally tired.”