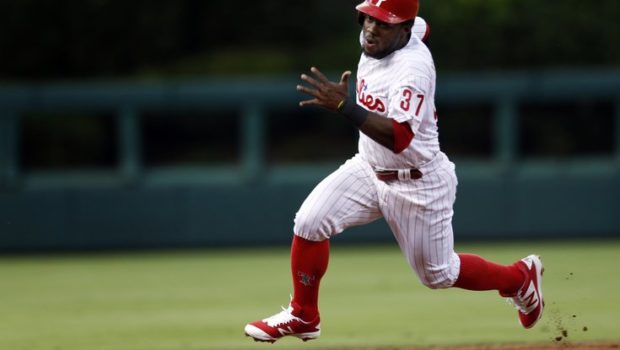 Phillies centerfielder Odubel Herrera was arrested last night after an alleged domestic violence incident with his 20-year-old girlfriend at the Golden Nugget Hotel and Casino in Atlantic City, according to a police report.

Herrera was subsequently released from custody.

The police report also says the victim “had visible signs of injury to her arms and neck that was sustained after being assaulted by her boyfriend, David Odubel Herrera, during a dispute.”

If he is suspended, he would be placed on the restricted list.

Herrera, 27, is in the third year of a five-year, $30 million contract. The Phillies hold club options for the following two years.

One thought on “PHILLIES HERRERA ARRESTED: DOMESTIC VIOLENCE ALLEGATION IN A. C.!”