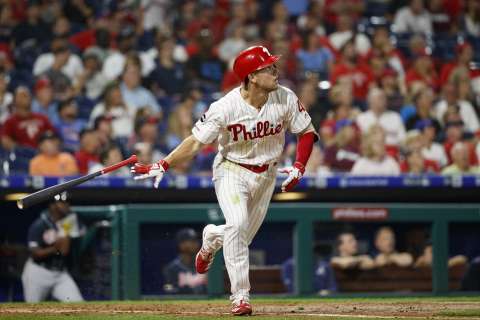 PHILLIES HAVE FREE AGENCY QUESTIONS TO ANSWER BEFORE NOV. 4

Major League Baseball free agency begins this Monday, Nov. 4, and the Phillies have some decisions to make.

Arrieta will not opt out of his contract following season-ending surgery in August to remove a bone spur in his right elbow. He will make $20 million next season. The Phillies will decline Neshek’s $7 million club option, according to Todd Zolecki of MLB.com. They will pay him a $750,000 buyout. Hughes has a $3 million club option or a $250,000 buyout. He had a 3.91 ERA in 25 appearances with the Phillies, but an alarming 6.47 FIP. If the Phillies think they can fix his woes, maybe they pick up the option. Vargas has an $8 million club option or a $2 million buyout. His option most likely will be declined.

The Phillies will probably bring back Dickerson or Miller, depending on how they construct the rest of their roster and their asking prices. Hunter is interested in returning. The front office likes him. Smyly showed enough to warrant an invite to big-league camp on a Minor League contract.