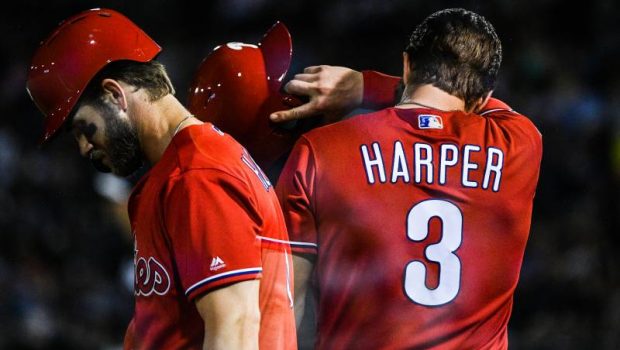 For the Phillies and jersey-makers.

Harper signed a 13-year, $330 million deal with the Phillies this spring, and his new No. 3 jersey set professional sports records for sales in 24 and 48 hours, according to online retailer Fanatics. His jersey has been at No. 1 on MLB.com since Jan. 1.

Harper overtook Judge, the New York Yankees’ 6-foot-7 slugger who had topped the list since his breakout rookie season in 2017.

The Chicago Cubs are the only team with two players in the top 10: Javier Baez at seven and Anthony Rizzo at nine.

Manny Machado placed 12th, making him the first San Diego Padres player to crack the top 20 since MLB began publicizing it in 2010. Machado signed a 10-year, $300 million deal with San Diego this winter.