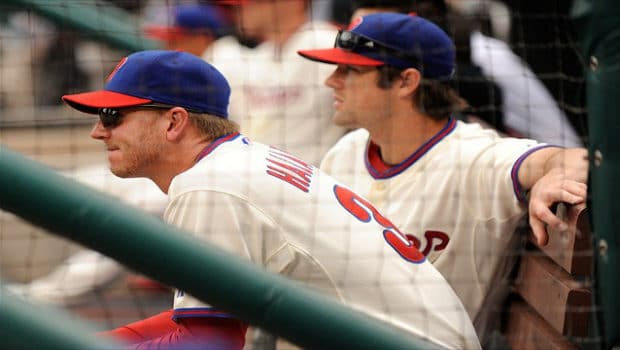 PHILLIES’ HAMELS ON HALLADAY: ‘THERE WILL NEVER BE A DAY WHEN I WON’T MISS HIM’

“To the world, Roy was one of the best pitchers in baseball. But to me, he was an inspiration, a great mentor, teammate, and most important, a friend. His preparation and work ethic has and will forever be ingrained in me.

“Roy was a man of few words, but he lit up when his boys were around. His family and this game were everything to him, and there will never be a day in my own life that I won’t miss him.”

“I have two boys of my own and I got to see what that meant to him every time he was able to bring them around the ball park,” Hamels said. “That was something that really did leave an impression. Hopefully, I’ll be able to do what he was able to do for his boys.

“We play this game and we love every minute of it and then it is over. And then you get to go to your family and spend time with your family. To be able to see that it was cut short for someone that was such a good, good person, to him and his wife Brandy. It’s really, it’s hard to think about what’s going to transpire. He means a lot to all of us. We’re really, really going to miss him.”