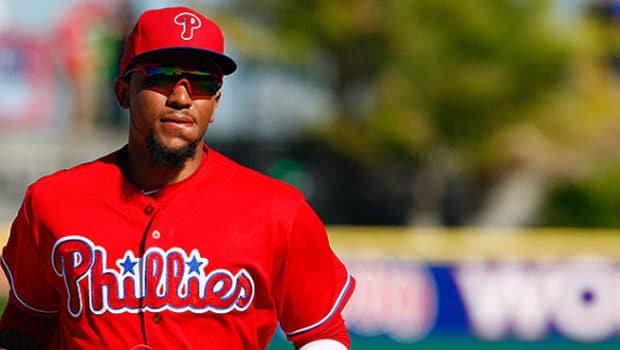 As the Phillies embarks on the 2017 season with hope, GM Matt Klentak discussed the state of the club on MLB Network on Sirius XM.

Klentak says he sees “a lot of growth,” with many young players joining major league camp for the first time.

The club’s winter strategy was to “do everything we can to supplement this group” of young talent, he says, while being careful “not to stunt the development of our young players.”

As for hyped shortstop prospect J.P. Crawford (above), Klentak says that having two established middle infielders in Freddy Galvis and Cesar Hernandez allows the team to avoid rushing him to the bigs after an aggressive promotional timeline through the minors.