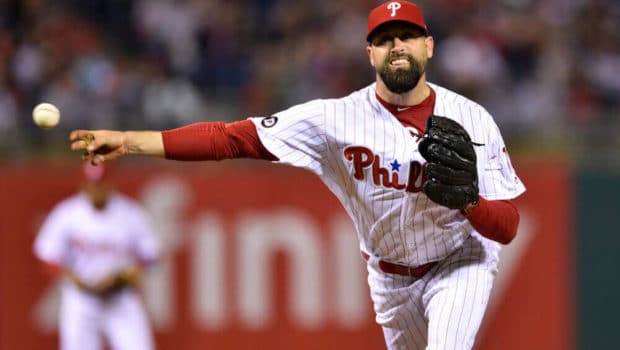 The Phillies are bringing back primo reliever Pat Neshek with a two-year contract worth between $16 million and $17 million.

Neshek was 5-3 with a 1.59 ERA in 71 relief appearances combined with the Rockies and Phils last season.

A two-time All-Star, Neshek was traded from the Phillies to the playoff-bound Rockies for three minor league players midway through the season. He was an All-Star last year in his first season in Philly.