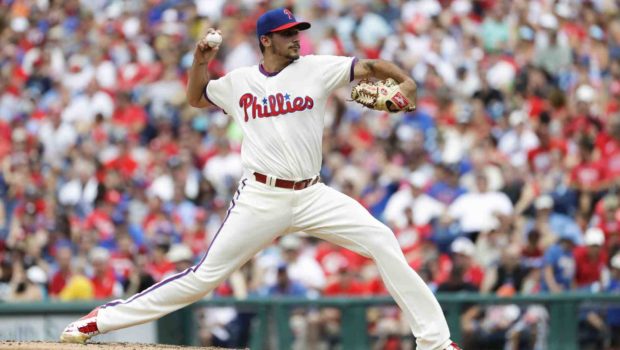 PHILLIES GETTING USED TO QUALITY OF ZACH EFLIN’S STARTS

The five hits were the most Eflin has allowed since his forgettable MLB debut in Toronto (eight earned runs in 2 2/3 innings), and three of those hits went for extra bases.

Eflin limited the damage by getting Neil Walker to ground out with the bases loaded to end the fifth.

“He didn’t have his ‘A’ game, but he gave us a chance to win,” Phillies catcher Cameron Rupp said. “He was a little bit up in the zone, fell behind some hitters, and when he went up 0-2, he couldn’t put them away.”