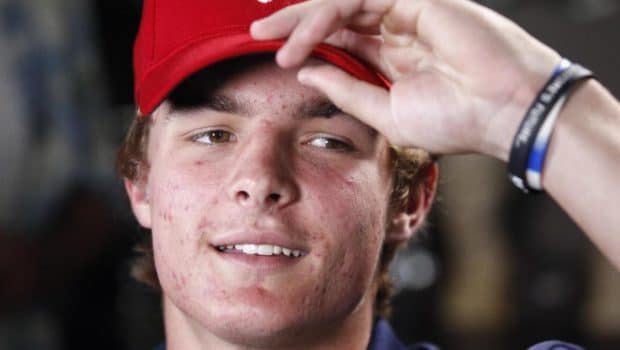 Moniak (above) is still just 19, so it’s early to sound the alarm, but he hasn’t looked good at the plate in low-A, especially against lefties (.214/.256/.298, not seeing breaking stuff at all), and seems less advanced as a hitter than expected, although he’s still showing good range in center field.

Kingery hit eight homers in his first two years in pro ball, and is now at 22 this year even with a midseason promotion from Double-A to Triple-A. He’s a 70 defender at second base and a 70 runner, so it won’t take much power to make him an above-average regular, with lack of patience really the only flaw in his game right now: