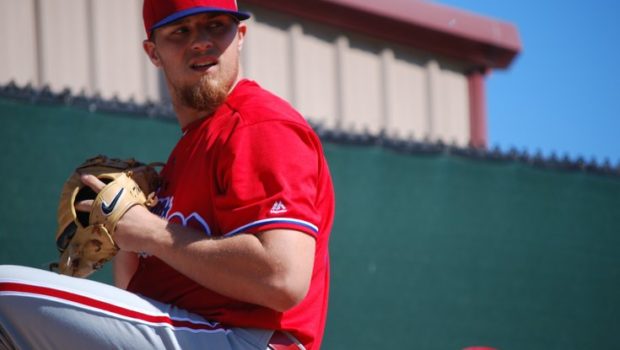 The Phillies’ No. 2 prospect struck out five but also walked a season-high four batters, with 50 of his 90 pitches going for strikes.