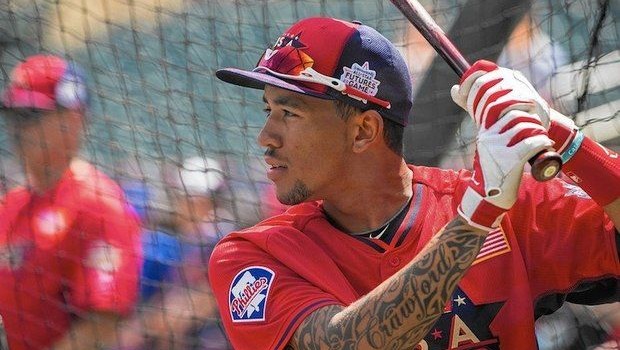 If you’re like a lot of Phillies fans who have given up on the big club doing anything of note this season, you might like this story.

Shortstop J. P. Crawford was bumped up to the Double-A Reading Fightin Phils on Friday after hitting .392 with a two-hit game in a 7-5 Clearwater victory over the Fort Myers Miracle in Clearwater, Fla.

The Phillies’ first-round draft pick in 2013, the 20-year-old Crawford is ranked by Baseball America as the majors’ 14th best prospect.

In his 20 games this season, the left-handed hitting Crawford has 12 two-hit games and one three-hit game.

The Lakewood, Calif native hit .285 last season with 11 homers, 48 RBIs and 24 steals playing in low-A for Lakewood and high-A for Clearwater. He hit .275 in 63 games with Clearwater.