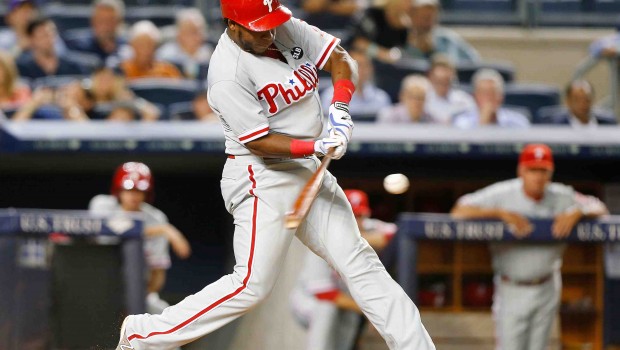 Last season was a watershed for the Phillies, who hit the bottom with 99 losses.

But third baseman Maikel Franco was a rare exception.

After a very promising (.840 OPS, 14 HR) rookie year, Franco arrived this spring training with the look of a star, prompting former Phillies MVP Mike Schmidt to forecast future MVP honors. While that type of greatness may be down the road, Franco looks ready to go from promising player to a force in 2016.

Heading into Wednesday, Franco led the Grapefruit League in Florida (and all major leaguers in spring training) with 6 home runs—more than the entire roster of the Marlins and Yankees. That kind of production, plus last year’s rookie work, has led to big predictions for 2016.

That production included a breakout series at Yankee Stadium in which Franco hit 3 homers and drove in 10 runs. If not for a wrist injury in August, Franco could have become just the fourth 22-year-old third baseman to hit 20 home runs in a season over the last decade. The others? Manny Machado, Evan Longoria and Pablo Sandoval.

“Look, he’s not going to be Giancarlo Stanton,” Stark clarified, catching himself before the hype train took off. “And if you look at the rest of that Phillies lineup, I’m not sure why anyone would ever give him an opportunity to be, but I do think this is a guy with serious talent. He was my (ESPN) pick for breakout player of the year. He’s a legit talent, loves to play and is really settling in and realizing how good he is.”

To put that 35-homer prediction for Franco into perspective, consider this: Only Eddie Mathews, Harmon Killebrew and Troy Glaus have ever hit that many as a 23-year-old third baseman.

If the scout following Franco is right, the Phillies have a big-time building block at the hot corner.