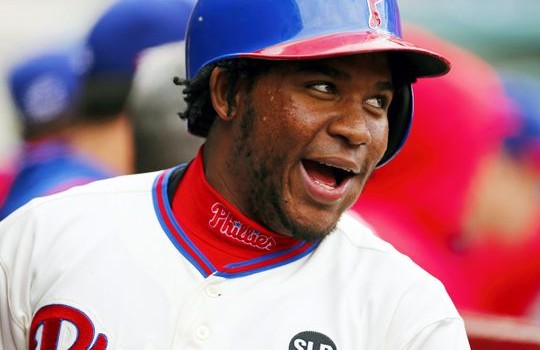 Powered by a five-run, six-hit first inning, the Phillies topped the Pittsburgh Pirates, 6-3, yesterday in Clearwater.

Howie Kendrick doubled, Odubel Herrera knocked him home with an RBI single, Maikel Franco (above) hit his fifth home run of the spring, and Michael Saunders tripled. Later in the inning, Andrew Knapp brought home Saunders with his second homer of the spring.

Clay Buchholz made his fifth appearances this spring, and his third less-than-stellar start in March. He allowed three runs on five hits and four walks in his 3 1/3 innings.

“Command was a little bit off today with a couple pitches,” Buchholz said. “I wasn’t staying over the rubber as well as I had been the last couple times out, but those are easy fixes.”

It was the third time in his last four starts that Buchholz has allowed at least three runs in 3 1/3 innings or fewer. Over the course of the spring, he’s struck out 13 batters while walking nine.