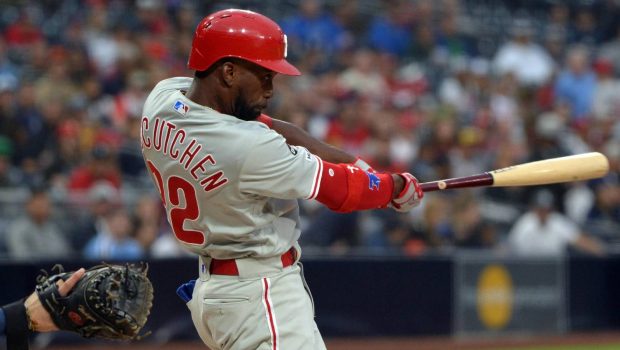 He remained on the Phillies bench for the second straight game last night.

McCutchen doesn’t appear to be dealing with any injury, so it’s possible he’s slipping into the short side of a platoon in left field with Brad Miller.

The Phillies had just three hits against the Cardinals. They got a double and a single from Bryce Harper in the first and ninth innings, respectively. They got a single from Miller in the third. They scored just two runs for the third consecutive game. It is the ninth time in the Phillies’ 11-12 start that they have scored two or fewer runs, which is tied for the fourth most in baseball.