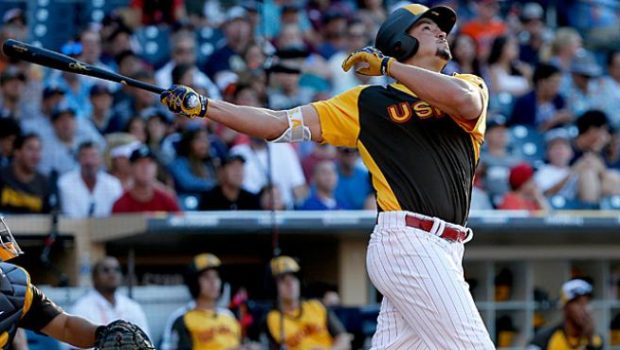 PHILLIES’ FARMHANDS BUCKING FOR TIME IN THE BIGS!

The Phillies’ farm system had a bad year in 2016, with six or maybe seven of their top 10 guys coming into the season underperforming, getting hurt or both.

J.P. Crawford scuffled in Triple-A at the plate. He clearly has some adjustments to make and another gear to find before he can become a superstar in the majors, while Mark Appel, a key part of the return for Ken Giles, struggled badly before his season ended because of elbow surgery.

There were bright spots — Dylan Cozens (above) and Rhys Hoskins took advantage of a good power park in Reading to break out with 78 homers between them, and some of the Phillies’ unheralded Latin American pitchers emerged as potential mid-rotation starters given enough time.

For the rest of their near-to-the-majors prospects, 2017 looks like a critical season, whether it’s about getting healthy or performing well enough in Triple-A to earn a big league job.