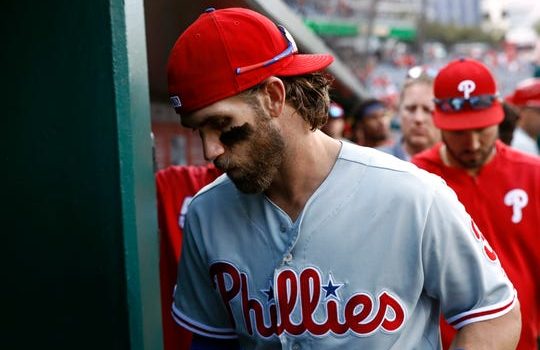 PHILLIES FAILED ON THE FIELD BUT TV RATINGS SHOT UP 21%!

The Phillies were a failure on the field, missing the playoffs for the eighth straight season and their manager and GM are in danger of losing their jobs.

But they were boffo on TV.

They averaged a 4.25 household rating (about 119,700 households), a 21 percent increase over 2018. But the ratings were largely powered by a strong start fueled by interest in newly-acquired slugger Bryce Harper, and not surprisingly, began to wain as the team fell out of contention for the playoffs.