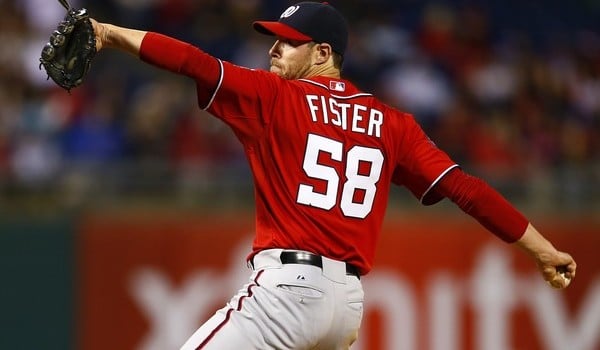 It appears as if the Phillies are on the verge of big news.

Reports from the winter meetings in Nashville have the Phils working on a trade that would send closer Ken Giles to the Houston Astros for top prospects while simultaneously pursuing free agent right-hander Doug Fister (above), a 16-game winner for the Washington Nationals in 2014 who struggled badly last season.

Meantime, the Phillies did add a piece to their bullpen by signing free-agent right-hander David Hernandez to a one-year deal.

Jon Heyman of CBSSports.com reported the Phillies’ interest in Fister and the Astros’ desire to “pry” Giles to a club which made the playoffs last season with Luke Gregerson converted 31 of 37 saves for the AL’s third–best bullpen.