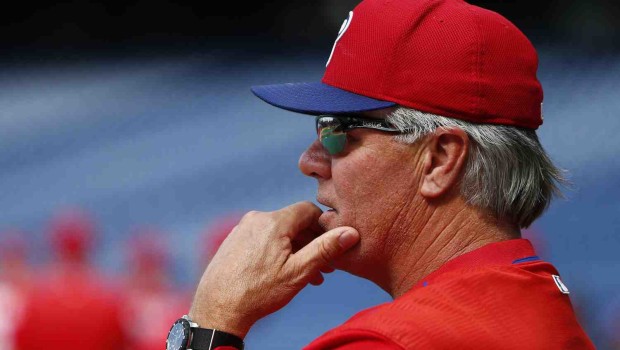 The Phillies must like the job manager Pete Mackanin has done in spring training.

They announced this afternoon that they have signed Mackanin to a two-year contract through 2017, which includes a club option for 2018. The 64-year-old Mackanin had signed a one-year contract last September after replacing Ryne Sandberg in June.

Mackanin led the Phillies to a 37-51 record after Sandberg abruptly resigned. The rebuilding Phillies are 14-7-2 in Mackanin’s first spring training.

Mackanin was the bench coach under Charlie Manuel from 2009-12. He spent 2013 as a pro scout with the Yankees before returning as third-base coach in 2014.

Mackanin’s career managerial record is 90-104, including stints as interim manager with Pittsburgh in 2005 and Cincinnati in 2007.