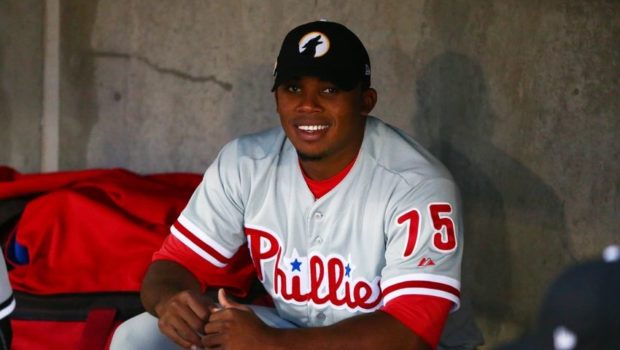 The injury-plagued Phillies’ bullpen is getting a shot in the arm, pardon the pun.

Right-hander Andrew Bailey was placed on the 15-day disabled list, retroactive to Thursday. And right-hander Edubray Ramos (above) was recalled from Triple-A Lehigh Valley.

“They said they didn’t have a couple days,” Bailey told MLB.com. “They couldn’t wait around that long, I guess, so they wanted to make a move, which stinks. I think I would have been all right for tomorrow, but that’s my opinion. It’s not a move personally I like, but it’s best for the team I guess. That’s most important.”

“We can’t continue scramble to get through a game,” Phillies manager Pete Mackanin said. “I don’t want to use [Hector] Neris, [Jeanmar] Gomez and [David] Hernandez when I don’t have to. He [Bailey] might be ready in three days, but we can’t do that.”

Ramos, the Phillies’ No. 28 prospect, went 2-1 with a 1.16 ERA in 38 2/3 innings split between Double-A Reading and Lehigh Valley. His first appearance will be his big league debut.