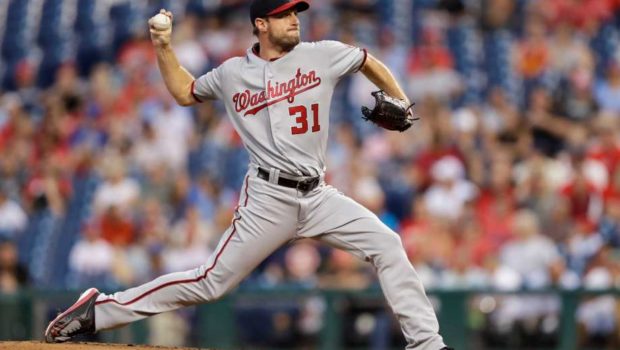 Scherzer had been scheduled to pitch yesterday’s series finale against the Marlins, but the Nationals pushed him after his final exhibition start got bumped one day because of weather.

Phillies right-hander Vince Velasquez gets the start. He faced the Nats once last season, allowing three runs in six innings.

Phillies manager Pete Mackanin has used three different lineups in three games in Cincinnati, but expect him to use the Opening Day lineup Friday against the Nationals. Mackanin started Aaron Altherr on Wednesday and Daniel Nava, Brock Stassi and Andrew Knapp yesterday.

Last season, Velasquez generated misses on 27.4 percent of swings against his electric four-seam fastball, narrowly topping Justin Verlander for the highest rate among 46 pitchers who got at least 500 such swings. That included 20 whiffs against his four-seamer — the most by any pitcher in one game in 2016 — during a 16-strikeout shutout against the Padres last April 14.