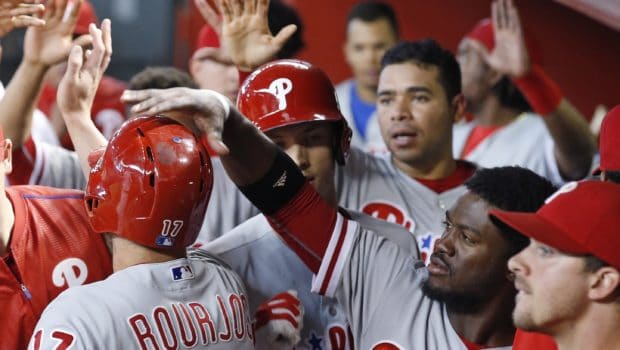 HOW THE PHILLIES ARE DOUBLING DOWN ON ADVANCED ANALYTICS!

Even before Matt Klentak became general manager a little more than a year ago, a Phillies organization that had been questioned for its seeming lack of interest in advanced analytics had started to rally in that area.

For example, the organization had begun to develop its own proprietary computer system, called PHIL. And the pace only quickened after Klentak was hired in October 2015.

Klentak has in turn brought a handful of expert analysts on board, including Andy Galdi as director of baseball research and development. His previous job was with Google.

Then came the announcement yesterday, the last full day of the winter meetings in Maryland, that the Phillies are looking even beyond the most advanced statistics.

A company called WHOOP, which specializes in human performance optimization, announced that it has completed a performance study involving minor leaguers from nine organizations. Conducted with 230 players from June through November of this year, it looked at various factors including the correlation between age, sleep and recovery levels and the relationship between recovery and performance levels.

“This is probably separate from traditional analytics. This is more what I call sports science,” Klentak said. “We don’t have a dedicated department for that yet. It’s all related in our efforts to gather more information to make better decisions. But it’s not necessarily straight analytics.”

Injury prevention, as well as maximizing performance, appears to be the latest frontier in baseball’s continuing effort to find an edge. Players were outfitted with what is called a WHOOP strap, worn on the wrist or forearm, that automatically measures heart rate, heart rate variability, ambient temperature, motion and movement and skin response.

“That’s a new technology that was pitched to us last summer that we decided to invest in to try, ultimately, to keep our players healthy and to learn more about different ways to optimize their performance,” Klentak said. “It’s about objectivity and making better decisions. It’s not just about batting average and earned run average and on-field performance. It’s whatever data we can acquire that helps us make better decisions.

“We’ve received some feedback from the data. We have also received feedback from players on things they like and don’t like about it. We’ve actually had some pretty interesting results about players who can learn about their own sleeping habits and ways they’ve been able to identify to keep themselves healthier and perform better.

“We’ll base whatever conclusions we make on what the data dictates. We’re still very much in the early phases of this. We’re still learning about it. But so far it’s provided some interesting developments.”

The Phillies are now fully invested in the use of advanced metrics to try to evaluate players and find advantages that can lead to wins. But they haven’t abandoned old-time scouting values, either. 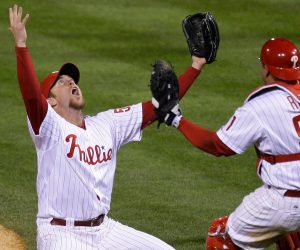 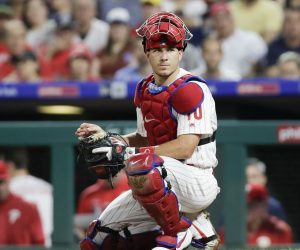