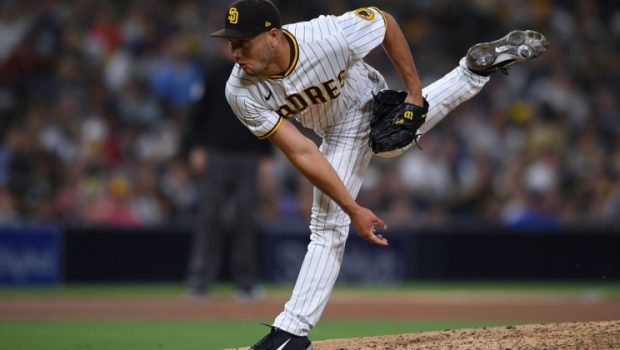 The Phillies have designated for assignment right-hander James Norwood to open a roster spot for fellow right-hander Michael Kelly, whose contract has been selected from Triple-A Lehigh Valley.

The Phils also reinstated catcher Rafael Marchan from the 60-day injured list and optioned him to Triple-A.

Acquired from the Padres in an offseason deal that sent minor league infielder Kervin Pichardo to San Diego, Norwood has pitched 17 1/3 innings of relief out of the bullpen but has been tagged for 17 earned runs in that time.

Norwood has yielded runs in eight of his 20 appearances on the season so far. Overall, he’s yielded 24 hits (two of them homers) and nine walks while punching out 22 batters.