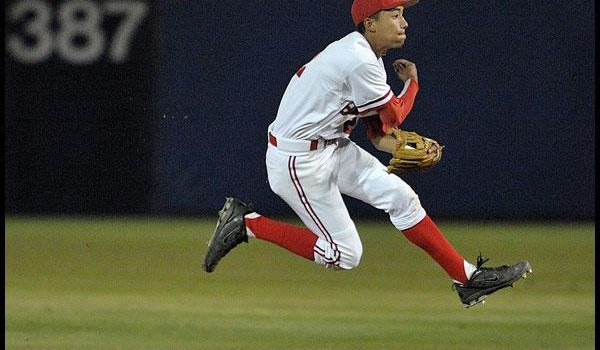 Twenty-year-old shortstop prospect J. P. Crawford is fitting right in for the Phillies.

Crawford, who suffered a left oblique strain, hit .275 with 11 home runs and 48 RBIs last season splitting time between Class-A Lakewood and High-A Clearwater. Prior to suffering the injury, he was expected to start the season at either Single-A Clearwater or Double A-Reading.

The 20-year-old was not invited to big league camp this spring and instead spent time with the minor league camp in Clearwater.

Earlier this winter, Crawford sounded confident that he ultimately would be able to replace Jimmy Rollins, who was traded to the Dodgers in December.