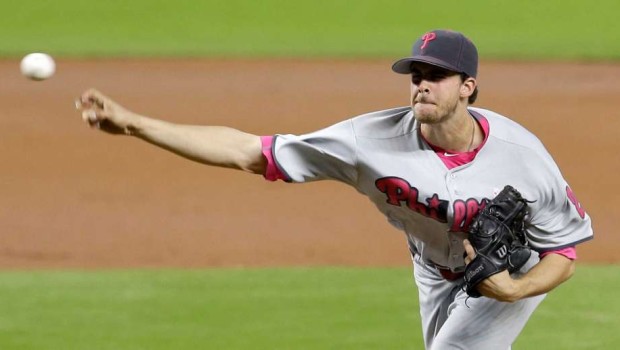 Phillies closer Jeanmar Gomez earned his league-leading 11th save and his second in less than 24 hours with a scoreless ninth, striking out dangerous pinch hitter Giancarlo Stanton in the process.

“I knew it all along,” Phillies manager Pete Mackanin joked when asked about Gomez’s success, ignoring for the moment that the Phillies really had no idea who their closer would be as late as the first week of this season.