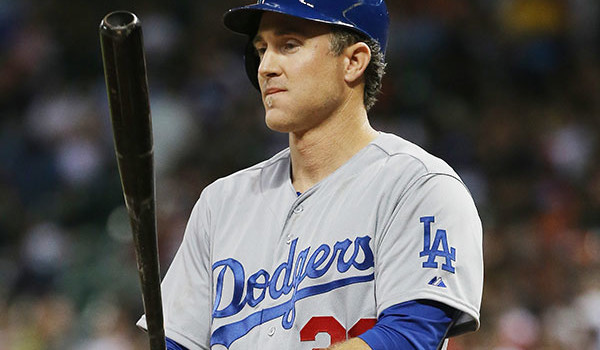 The Phillies are 52-61, eight games out of the last wild card spot inn the National League, and they have extra incentive tonight against the Dodgers in L. A.:

Chase Utley will try to beat his former team beginning in tonight’s series opener between the Phillies and Dodgers at Dodger Stadium. It will be the first time Utley has faced the Phillies since they traded him to Los Angeles last August for a pair of Minor Leaguers.

Utley has hit leadoff in 80 games this season. He hit leadoff 11 times in his entire Phillies career. He spent most of his time hitting third, which he did 1,027 times.

Dodgers left-hander Julio Urias is 1-2 with a 4.98 ERA in 10 appearances (nine starts). He allowed six hits and three runs in three innings in a relief appearance last week against the Rockies.