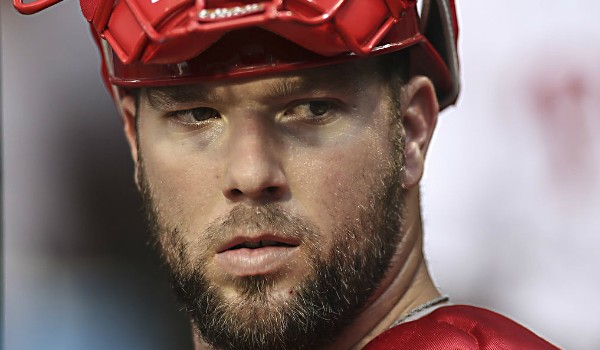 PHILLIES CATCHER RUPP IS AS HOT LATELY AS THE TEMPERATURE

Sandberg said the daily grind behind the plate can be tough on aging veteran Carlos Ruiz, so the heat certainly plays a factor.

But so does Rupp’s hitting.

“In the way that he’s performed as of late, I can see him getting some more looks,” Sandberg told MLB.com. “He’s swung the bat well. He’s showed a very strong arm. It looks like he’s coming along behind the plate.”

After starting 18 games last year for the Phillies, Rupp has already started a career-high 19 games this season. He has reached base safely in 14 of those games.

Rupp has filled in for Ruiz the last two gams, getting two hits in each game.

Even though Ruiz’s season averages against southpaws are better (.350 average, .409 on-base), Sandberg is riding the hot stick as the summer — and competition — heats up.