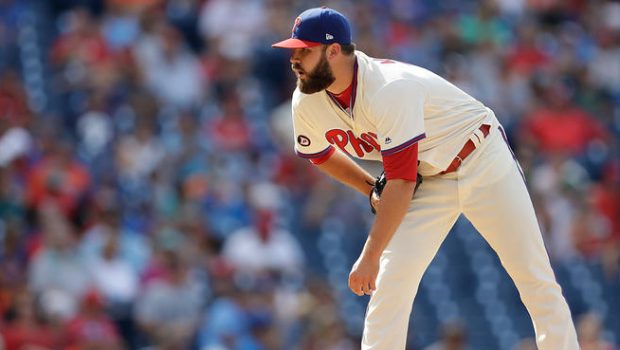 ”I have notes on injury stuff,” Phils manager Gabe Kapler yesterday. ”There’s some stuff to report.”

Gabe Kapler is not known for his use of understatement.

So his admission was all the more noteworthy.

One reliever had surgery. Another went on the injured list. Three more relievers may not return until some time in June.

The next call to the bullpen could come on the trade market. Who has a number for Craig Kimbrel?

General manager Matt Klentak knows the Phillies will have to strengthen their bullpen for a serious shot at their first playoff berth since 2011.

”I know that Matt is always looking for help,” Kapler said. ”Matt is diligent about improving our roster all the time. My job is to always stay focused on the roster. The guys that we have in our organization, my job is to know them well, not just the guys at the major league level but the guys at the minor league level, as well. I keep focused on that job and let Matt do the great job he consistently does on finding options outside the organization.”

– RHP Victor Arano had arthroscopic surgery on his right elbow and there was no immediate timetable on his return.

– LHP Adam Morgan (above) was placed on the 10-day injured list with a strained left forearm.

Pat Neshek and Tommy Hunter were already on the injured list, straining what’s left of the bullpen to help keep the Phillies in first place in the NL East. Jose Alvarez is the only lefty in the bullpen.

”It’s not optimal, but we’ll fight through a tough time,” Kapler said.