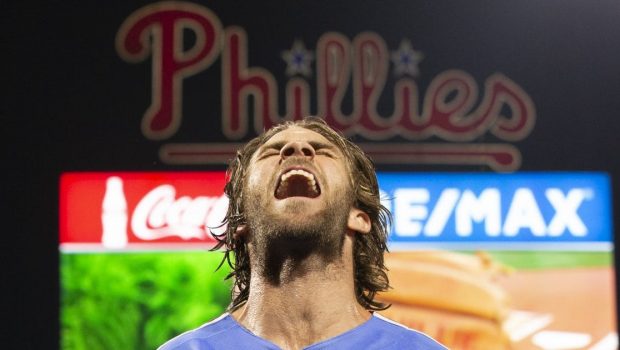 Says the Inside Hook:

“I think the media kind of hypes up the coronavirus,” Blake Snell said back in March. “If they want to look out for our health, that’s cool. But I’m not too worried about it. If I get it, I get it. If I don’t, I don’t. Either way it was meant to be.”

The same goes for Bryce Harper of the Phillies. Also on Twitch, the former MVP — who signed with the Phillies for $330 million over 13 years prior to last season — said he agreed with Snell and praised him for speaking up on behalf of his wallet.

“He ain’t lying. He’s speaking the truth bro,” the 27-year-old Harper said. “I ain’t mad at him. Somebody’s gotta say it, at least he manned up and said it. Good for him. I love Snell, the guy’s a beast. One of the best lefties in the game.”

This is the same guy who said he was “hurt” that the Nationals only offered him $300 million over 10 years to stay in Washington. So Harper and his bruised feelings went to Philly, where he hit .260 and failed to make the All-Star team while the Nationals went on to win the World Series without him.