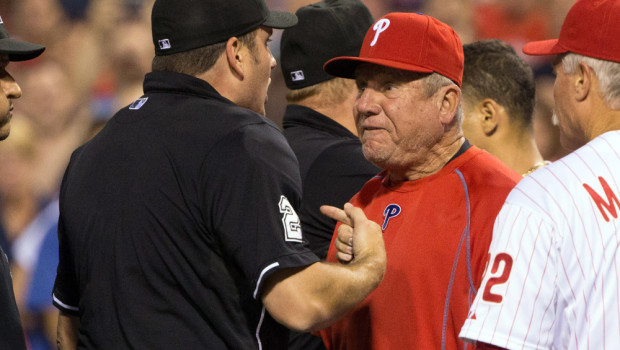 Phillies bench coach Larry Bowa has unfettered disdain for the very idea that failed 29-year-old ex-Eagle Tim Tebow is daring to try to make it in major league baseball.

According to an interview in the Boston Globe:

“Whoever’s idea it is, they don’t respect the game of baseball,” Bowa said. “It’s a hard game. You don’t come in at age 28 or 29. I’m not saying he’s not a good athlete, but this is a hard game and there are a lot of good athletes in pro ball that never get to the big leagues. I don’t think it can happen. There are guys 28 or 29 that are getting released every day. How can you take 10 years off and all of the sudden be facing guys throwing 95, guys throwing sliders?”

Tebow’s workout was scheduled for yesterday in Los Angeles. As of last week, 20 of the 30 big league clubs were expected to send someone to watch.