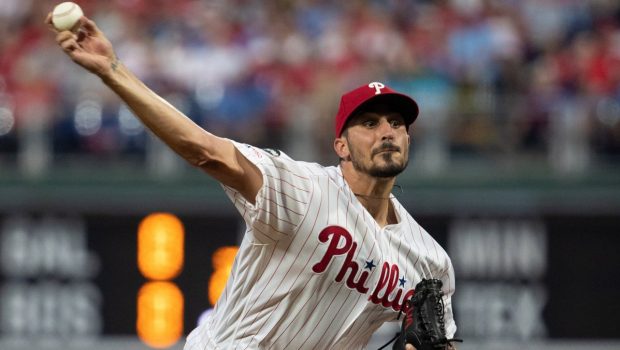 The Phillies bats took a day of rest — they went as cold as their Citizens Bank Park fans did in the blustery weather.

Billy McKinney homered and Daulton Jefferies and four relievers combined on a three-hitter to lead the Oakland Athletics to a 4-1 win to avoid a three-game sweep.

The A’s shut down a Phillies offense that scored 13 runs in the first two games of the series. The Phillies’ only two hits through the first five innings came from backups Garrett Stubbs and Johan Camargo.

Jean Segura hit his second homer off the season for the Phillies in the ninth off Lou Trivino.

Phillies starter Zach Eflin, acquired from the Dodgers in 2014 in the Jimmy Rollins trade, made his first start since July 16 against Miami. He was scratched from his next scheduled start because of what the Phillies said was tendinitis in his right knee. The injury turned out worse than expected for the right-hander: Eflin had surgery in September to repair a tear in his right patellar tendon.

Eflin still needs time to build arm strength and return to form but was solid over 68 pitches and four shutout innings. He escaped his only jam in the third inning when he loaded the bases with no outs. Andrus lined one back to Eflin that he caught and whirled around to double Christian Pache off second. He retired Sean Murphy on a popup to keep the game scoreless.

Phillies starters Aaron Nola and Kyle Gibson walked no batters over 13-plus innings in the first two games. Eflin walked two and struck out three.