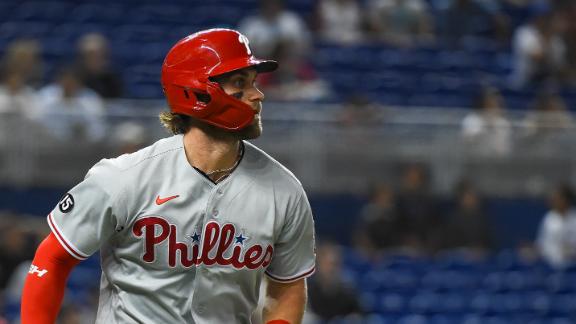 Can the Phillies mix it with the MLB big boys in 2022?

It has been a long cold winter for baseball fans so far, with the wait for some summer action seemingly never ending at times.

However, the advent of 2022 brings a real sense of optimism with it and once again MLB fans are ready to indulge in a summer of slugging this year.

With the usual host of suspects ranging from the traditionalists favorites like the New York Yankees and Boston Red Sox, through to 2021 champions the Atlanta Braves, there are sure to be plenty of sides in contention to clinch the MLB crown in 2022.

As per usual, one of the key sides slipping under the radar are the Phillies but there is a growing sense of confidence resonating around Joe Girardi’s team this season.

Once again, the performance of the off-season is sure to have a big impact on how the Phillies do, a part of their team strategy they have struggled with in recent seasons.

The 2008 World Series triumph seems a long time ago for all associated with the franchise but finishing second in the National League East league table last term could be a huge boost moving into this season.

They were ultimately undone by eventual World Series winners the Atlanta Braves in NL East last year, but they could learn from that experience, and they find themselves +2800 to go all the way and win their third World Series title according to the current betting odds and offers.

The aforementioned Atlanta Braves upset the form book somewhat in 2021, to clinch a famous World Series title and they will be in the mix again this season.

Coming in at +1200, they are certainly not the most fancied side to taste MLB glory again in 2022 but stranger things have certainly happened in professional baseball.

Heading up the markets currently are the LA Dodgers, a side packed with talent that last won the World Series title back in 2020 and they could once again be fit and firing here.

At +600, they are well fancied to go all the way this year and they could take some stopping out of the National League West Division.

Leading the charge in the American League is the Houston Astros, who ultimately couldn’t handle the heat when it came to the play-offs last year but should be better for the experience.

Their solitary World Series title sent shockwaves through the MLB back in 2017 and they have a side capable of emulating that triumph this season.

Priced at +900, the Houston Astros look a decent shout to sneak under the radar somewhat this season.

A side that needs no introduction are the New York Yankees, who have battled with a multitude of on and off field issues in recent years and haven’t been able to hit the dizzy heights of previous generations.

Their 27 World Series title wins is a record unrivalled but with their last triumph coming back in 2009, the wait for a 28th MLB triumph continues.

At +1100, there is growing optimism around the Yankees in 2022 and if they can get Yankee Stadium rocking, anything is possible.

Another superpower in the MLB, the Boston Red Sox haven’t enjoyed their best few seasons in recent years and their 2018 World Series title seems a distant memory.

Coming in at +2000, the Red Sox appear to be on the periphery of things in the MLB this term, but they are a quality outfit on their day, capable of beating anyone.