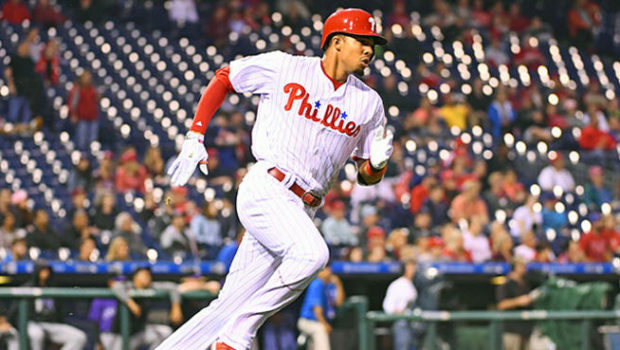 Phillies outfielder Aaron Altherr will be out for three or four weeks after an MRI exam revealed a more severe injury to his hamstring, the Inky reports.

The Phillies hoped Altherr would miss just 10 days after being placed on the DL earlier this week, but it doesn’t appear he’ll be back until sometime in mid-August.

He suffered the strain during last Friday’s game against the Brewers, putting a damper on what has been a breakout season at the plate.