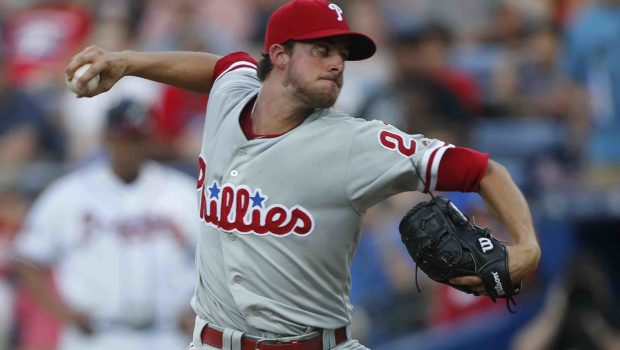 PHILLIES’ AARON NOLA WILL TAKE HIS FIRST WIN SINCE JUNE 5, BUT …

The elephant in the room after last night’s 7-5 Phillies win over the Atlanta Braves is:

What the hell has happened to Aaron Nola?

Nola struggled through five innings, allowing eight hits, three runs, three walks, one hit batter and striking out five. He threw 95 pitches, extending the first, second and fourth innings after he had retired each of the two batters he faced.

Still, he got his first win since June 5.

Pitchers these days are not judged by wins because so much in a game is out of a starting pitcher’s hands. But while wins are not a true measuring stick of a pitcher’s worth, pitchers still like to see a good record next to their name.

So maybe this will get Nola moving in the right direction again because he has not looked like himself for some time, including Thursday. Atlanta entered the game with the worst offense in baseball, averaging 3.43 runs per game, but the Braves reached base 12 times against Nola.