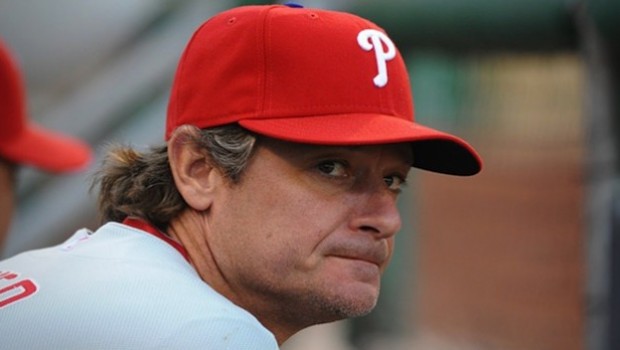 FIRST A. J. BURNETT, AND NOW JAMIE MOYER BAILS OUT ON PHILLIES

All around them, the competitors of the formerly formidable Phillies are making news:

The Los Angeles Dodgers, who by the way made the playoffs last season, brought in a new president.

The Chicago Cubs have ramped up their status by hiring top-shelf manager Joe Maddon.

So, what news have the feeble Phillies made after finishing in last place in the NL East and going 73-89 for the second straight season?

Their top free agent of 2014, A. J. Burnett, gave up a chance to pitch for the sucky Phils again and took almost $5 million less to play for a real team, the Pittsburgh Pirates.

And yesterday, Jamie Moyer announced that he has eschewed the honor of sitting in their TV booth again.

Citing the desire to spend more time at home with his family in California, Moyer has informed Comcast SportsNet that he will not return for a second season as part of the Phillies’ television broadcast team in 2015.

“At the end of the Phillies’ season, I gave the situation a great deal of thought, with my family in mind,” Moyer said. “I enjoyed my year behind the mic tremendously, and the opportunity to work with Tom, Matt, Mike and Gregg is one I will cherish.”

In a statement, CSN and the Phillies thanked Moyer “for sharing his baseball expertise with our fans this season. We wish him and his family nothing but the best.”

The rest of the Phillies broadcast team, Tom McCarthy, Matt Stairs, Mike Schmidt and Gregg Murphy, will return in 2015.

Moyer, 52, was raised just outside of Philly in Souderton. He grew up a Phillies fan, attended the 1980 World Series parade as a teenager and went on to pitch five of his 25 big-league seasons with the club. Fifty-six of his 269 wins came with the Phillies, including 16 for the 2008 World Series championship team.