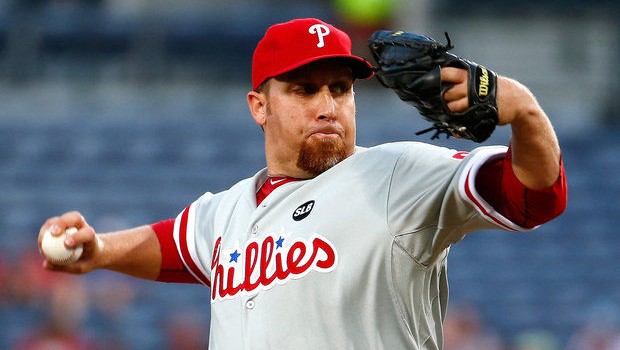 WHEREVER PHILLIE HURLER AARON HARANG HANGS HIS HAT IS HOME

After more than seven seasons of stability with the Cincinnati Reds, through 2010, Harang has pitched for the San Diego Padres, the Los Angeles Dodgers, the Seattle Mariners, the Mets, the Atlanta Braves and the Phillies.

He has also belonged, briefly, to the Rockies and the Cleveland Indians in that time, although not in the major leagues. He was drafted by the Texas Rangers and made his first 21 career starts with the Oakland Athletics.

The wandering may continue before too long. Harang has a 1.82 ERA in nine starts this season, and with a one-year, $5 million contract, he is an appealing trade candidate for contenders.