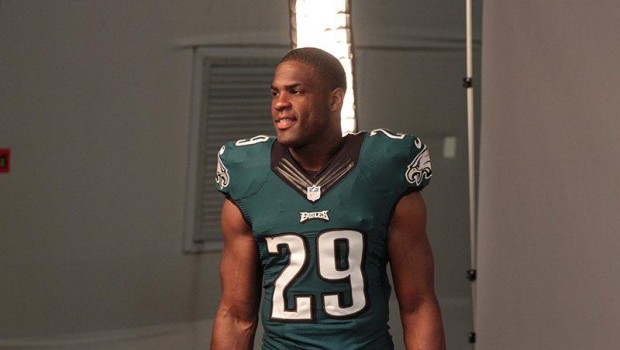 NFL rushing leader for 2014 DeMarco Murray is now a Bird!

There has been so much action in the Eagles’ offseason, players coming and going, making lots more money and lots more accusations, that it’s sometimes hard to keep track.

So, as service to our loyal viewers, here is a summary of your favorite team:

With head coach Chip Kelly now calling the shots on all personnel decisions, the Eagles made major additions to their roster through a couple of high-profile trades and by doling out big money in free agency, but also moved from numerous linchpins of their previous teams.

Philly’s first trade, which sent LeSean McCoy to the Buffalo Bills in exchange for Kiko Alonso, landed the team a young stud at the inside linebacker position. It came at the cost of one of the NFL’s best running backs, but they were able to make up for that in free agency by signing DeMarco Murray, who led the NFL in rushing yards last season, as well as Ryan Mathews. Their second trade was a quarterback swap with the St. Louis Rams, in which they gave up Nick Foles and acquired Sam Bradford (left) as part of a deal that also included numerous draft picks going both ways. In theory, Bradford should be an upgrade over Foles if he can stay healthy; it was a risky move for the Eagles, however, as Bradford is coming off back-to-back seasons in which he tore the ACL in his left knee.

Evaluations on both of those trades have been mixed, and rightfully so, but it does appear as though both could work out in Philly favor.

Another area at which the Eagles upgraded significantly this offseason was cornerback. Free-agent signing Byron Maxwell and second-round pick Eric Rowe give the Birds a pair of big, physical cornerbacks who should provide much better coverage than the dreadful starting tandem of Bradley Fletcher and Cary Williams in 2014.

Losing Jeremy Maclin to the Kansas City Chiefs was a big blow to the offense, but the first-round selection of Nelson Agholor gives the Eagles another weapon who should be able to step in right away and make plays. Defensively, the Eagles lost one of their best pass-rushers in Trent Cole, but the re-signing of Brandon Graham leaves the team in solid shape at that position, especially if 2014 first-round pick Marcus Smith can bounce back from a weak rookie year.

Kelly certainly took some risks in rebuilding the Eagles roster this offseason, but the pieces are in place for it to potentially pay off and make Kelly look like very smart.