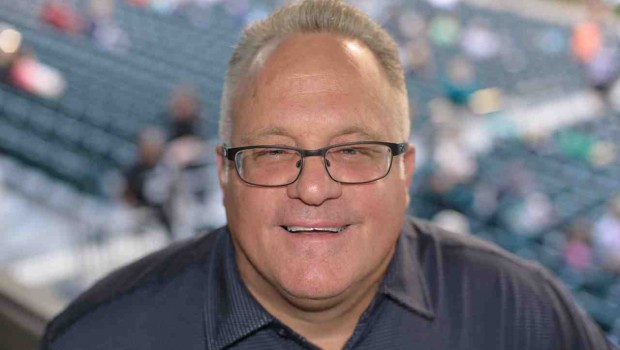 PHIL MATALUCCI AND THE LUXURY SUITE SMELL OF SUCCESS!

“He’s very smart, and it’s not like he’s selling seats for bingo,” Pat Croce, who was his boss at the Sixers, says of Matalucci and LSA Suites and Tickets.http://lsaus.com/ “He can deal with the streets and the elites. People want to feel important, and that’s what Philadelphia Phil provides. And, he’s got a great Rolodex. In his business and most businesses, leads are the most important thing. The difference with Phil is he’s also a great closer.”

There once was a time in the lives of Philly sports fans — seemingly before fire was invented — when we all just went to the games, bought some beers and dogs and peanuts and crackerjacks, cheered for the Phillies, Eagles, Sixers and Flyers, had some fun with our friends, read about the game the next day in the Inky, Bulletin and Daily News, and planned to go again.

Then hooliganism set in, and the 700 level at the Vet and the cheap seats at the Spectrum for Flyers games became less appealing than an outhouse at Woodstock. So lots of fans began staying home to watch on their flat screens, in privacy and comfort, or maybe went to a cool sports bar.

Then the Spectrum gave way to the Wells, and the Vet to the Linc and the Bank — modern venues with something their predecessors lacked:

Lots and lots of luxury suites in which individuals and businesses could reward their best customers and top employees.

Which brings us to …

Phil Matalucci 3rd is a Princeton man, though not the kind whose picture is on the wall of the Nassau Inn like Bill Bradley and Brooke Shields and James V. Forrestal, our first secretary of defense.

He grew up in Avalon, N. J., and his father, Phil Matalucci Jr., owned Avalon’s late, lamented Phil’s Bongo Room and also the Princeton Grill in Stone Harbor, which is still packing them in under another owner.

Working for his dad in these venues taught Phil about business before he went off to the Peddie School, 12 miles up the street from Old Nassau, and then to Villanova, where he graduated in 1981.

A six-year stint in real estate was enough for him, and thanks to his pal Dave Coskey, who tended bar at the Bongo Room before becoming the Sixers’ marketing maven, Phil got a job as a Sixers ticket salesman.

He was making good enough money, but in 1992 he married — he and Mary are celebrating 23 years with four kids — and he wanted something more remunerative.

So Fran Cassidy, the Sixers vice president of sales, made him director of ticket sales and “I made over $100,000 a year three years in a row,” Phils says proudly in a rat-a-tat-tat interview recently in Lacroix in the Rittenhouse. It was at the Sixers that Phil met and fell under the spell of Pat Croce (left), the energetic and charismatic entrepreneur who finally convinced Sixers owner Harold Katz to sell — it took about 10 years of nudging — which resulted in Comcast’s purchase of the team in 1996.

Croce became the Sixers’ president and “Pat became a big influence on my life,” Phil says.

As it happened, in 2001 Phil was interviewing with the Eagles and Pat was losing a battle with Comcast-Spectacor chairman Ed Snider over either control or power or a parking spot — no one has ever verified what the issue was — and Phil said to Croce:

They both did — Croce for other business ventures and Phil to become head of premium seating for the Eagles just before they were opening the Linc with scads of premium seats to sell. He sold more than 1,800-plus club seats, 40 luxury suites and sponsorships to Mercedes and Visa.

Philly has been the home to some of the world’s great salesmen, and Phil fits right in.

He’s as confident as John Wanamaker.

And his stock-in-trade is the American Dream, same as Frank Kerbeck.

But they’ve got nothing on Matalucci, who, like Domb, also sells a room with a view:

Luxury suites at sports events and concerts in Philly and all over the country.

Phil started feeling the entrepreneurial itch in 2004 and was preparing to leave the Eagles to start LSA Suites & Tickets.

The A stands for Alternative.

Croce knew his old friend would be successful.

“First of all, Phil’s energy level is off the charts,” Croce says in a phone interview just after he sailed from Key West to Cuba and back. “People think I have a high level, but Phil is incredible.”

As far as his work for Croce at the Sixers:

“He was my best salesman. It’s easy to sell seats when you’re winning, but we weren’t winning, so his sales were that much more impressive.”

And Croce knew he would be successful selling luxury suites:

“He’s very smart, and it’s not like he’s selling seats for bingo.

“He can deal with the streets and the elites. People want to feel important, and that’s what Philadelphia Phil provides.

“And, he’s got a great Rolodex. In his business and most businesses, leads are the most important thing. The difference with Phil is he’s also a great closer.”

Phil does have a world-class Rolodex, with more than 8,000 names and addresses built up over 25 years of servicing a very important and often supremely upscale clientele:

Sports fans who like to go to events in high style.

“I contact them and inform them that 25 percent of the time a luxury suite is underutilized or vacant, which is a waste of approximately $35,000-$75,000 per year,” Phil explains. “I recommend they consider selling off those underutilized suites and use the funds towards next year’s suite expense.

“Most teams are fine with suite brokerage as long as the marketing is done tastefully. [The Redskins and Patriots are rare exceptions].Remember LSA recoups dollars for their suite owners which allows those owners to more easily pay the teams’ annual expense.”

It’s a win-win-win: for the teams, the suite owners who can recoup some of the cost of their annual suite investment, and of course for Phil Matalucci 3rd..

There may not be a “typical” LSA customer, but Philly-based Tony Zingarelli is a good example of how Phil operates.

“I was in the market for a suite several years ago and someone gave me his name,” says Zingarelli, who owns ZAC Management Group, a healthcare holding company. “It was in another city. Might have been Washington. I got terrific service and follow-up and we became good friends.”

“There are not a lot of people who do what Phil does.

“And I have dealt with other stadiums — people were rude or unhelpful.

“Phil is very pleasant to work with and somewhat amusing. Plus, he’s one of those guys, old school, he follows up. And if he can’t help you he lets you know.

“A week ago we got two suites and sold two through Phil … a suite in Washington and Atlanta.”

Phil’s timing when he started LSA 11 years ago (he had a partner but they had a falling out) was exquisite.

Interest in the Eagles was sky high after the Terrell Owens signing that would result in a trip to the 2005 Super Bowl; the Phillies had just opened Citizens Bank Park and were on the verge of becoming a dominant team in the NL East; the Flyers were competitive and the Sixers had not yet fallen into the abyss that they are just now escaping.

Demand for luxury suites was as high as could be.

Phil rode the Phillies for as long as they were hot, and now that they are not — “I used to do 150 Phillies suites a year, now I do 30” — he has turned to concerts like Paul McCartney at the Wells and Kenny Chesney at the Linc to fill the gap. Even NASCAR events at Dover Downs.

LSA does lots of business in close-by cities like Baltimore, Washington and New York, and he is already selling suites for the 2015 NFL campaign at MetLife, M&T and, of course, the Linc.

However, Phil and his team of vice president Chuck Earley and marketing wiz Kara Matalucci (the apple doesn’t fall far from the tree) are gearing up for LSA’s biggest event of the year:

Army-Navy in Baltimore’s M&T Stadium on December 10.
“I will sell 35 suites to Army-Navy,” he says with that John Wanamaker confidence. “And that will generate $600,000 in revenue.”

“And the best thing about Army-Navy is that I dumbed into it. The Eagles started sending me suite owners who didn’t want to go.

“It is a great weekend for me and for the city.”

Even USA Today quoted Phil in a story it did at the 2012 Super Bowl in Indianapolis:

“One guy came to me and said he wanted to get out of his suite contract, so I started reselling his seats,” says Matalucci, who registered $2 million in sales last year (2011).

“The economy turned upside down and some businesses were asking, ‘What do I have this box for?’ ” Matalucci says. “Other firms say, ‘Why do we need to go to all the games?’ They need help in selling the tickets, and that’s where I come in.”

After Army-Navy, the NFL is LSA’s hottest ticket, er, suite.

“The Eagles and Giants are next, and I would love to make inroads into Pittsburgh and Baltimore.”

What do Philly teams think of what Phil does?

“That is a great question,” he says. “They let me exist.”

Not bad for a kid from Avalon who “can deal with the streets and the elites!”