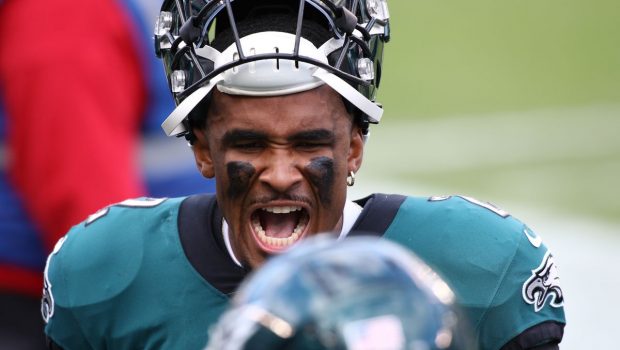 King thinks Micah Parsons will be in Jalen Hurts grill all night!

King knows pro football inside and out, but he is a lousy prognosticator.

And tonight he is going with the Cowboys:

Not sure how much this matters, but Dallas has won three straight over the Eagles in Arlington, and by 7, 27 and 20.

And Dak Prescott is healthy, with healthy receivers (Amari Cooper/CeeDee Lamb: 31 catches, 348 yards) and a two-headed running game (Tony Pollard 7.7 per carry, Zeke Elliott 3.9). We haven’t seen the Dallas offense explode yet. The most interesting thing in this game, to me, is the deployment of Dallas rookie Micah Parsons.

Parsons, the 12th overall pick last April, hadn’t played football since 2019 after opting out at Penn State due to Covid last year. So there was so doubt how he’d fit in early in Dallas. Well, there are no longer any doubts. He was a rangy linebacker early in camp and in the first game, but in Week two he switched to an end-of-the-line rusher. It appears Parsons will stay there; he practiced and met with defensive linemen in the run-up to this game.

So far, 49 snaps on the line, 38 at linebacker, three at cover corner. Wherever he lines up, the NFL game has not been too big for him. Through two weeks, Parsons was the NFL’s top-rated rush linebacker, per PFF numbers, and third-rated linebacker in overall defense, which encompasses all aspects of the position.

He’ll be a handful for the Eagles to account for tonight. “He’s a freaking baller,” LB-mate Leighton Vander Esch says. Seems so.