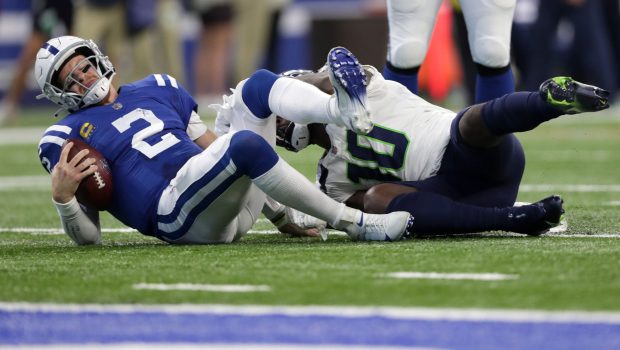 The Colts are hoping that starting quarterback Carson Wentz can suit up against the Tennessee Titans, but they also have to prepare for the chance that he physically can’t play.

It seems part of that plan may be to rotate between Jacob Eason and Brett Hundley during the Week 3 game against the Titans if Wentz winds up missing, per Tom Pelissero of NFL Network.

#Colts practice squad QB Brett Hundley took the majority of starter reps in practice Wednesday, and he and Jacob Eason may both play against the #Titans if Carson Wentz is out, per sources.