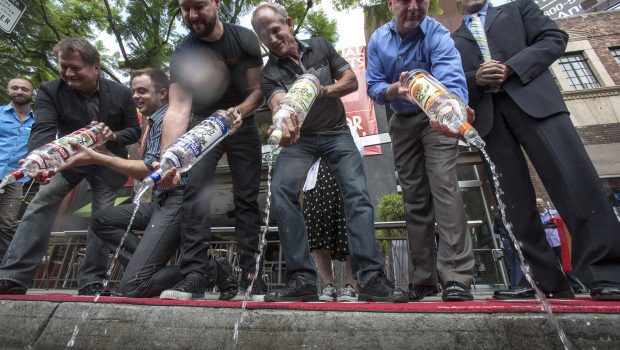 The Pennsylvania Liquor Control Board, one of the largest buyers of wine and spirits in the USA, ordered the removal of Russian spirits from state-run liquor stores following Russia’s invasion of Ukraine.

The PLCB regulates the manufacture, importation, sale and distribution of all alcohol in the state, and oversees nearly 600 Fine Wine & Good Spirits stores.

All Fine Wine & Good Spirits stores and license service centers in Pennsylvania must immediately remove Russian-made products from their shelves as of Sunday, according to the PLCB.

Special order products from Russia also will be banned.

“Given the evolving political-economic climate, it’s just the right thing to do,” PLCB chairman Tim Holden said in a news release.

The move came hours after Gov. Tom Wolf urged the PLCB’s three-member board to ban the sale of Russian spirits in state-run liquor stores, saying in his letter the ban would represent a “small show of solidarity and support for the people of Ukraine, and an expression of our collective revulsion with the unprovoked actions of the Russian state.”

Pennsylvania joined a growing number of states that have taken action in response to Russia’s military waging a massive, unprovoked assault on Ukraine. Get more local stories in your inbox with Axios Philadelphia.