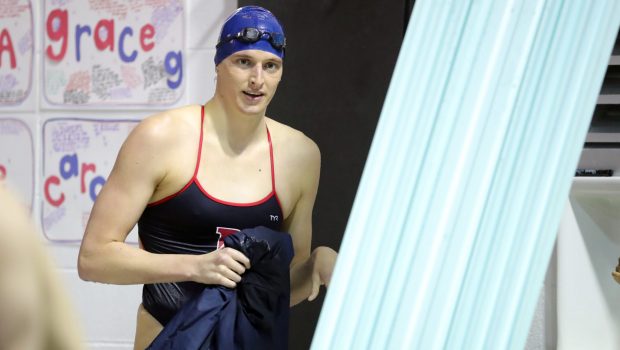 Thomas, who is a transgender woman, won the 500-yard freestyle in 4 minutes, 37.32 seconds, a Blodgett Pool record and her best time since the Zippy Invitational in December.

And that made her an Ivy champ.

Thomas was among three Penn swimmers in the final, with teammate Catherine Buroker finishing seven seconds behind in second place and Anna Kalandadze placing fourth.

Buroker and Kalandadze applauded as Thomas was awarded her medal. Following the ceremony, the three Quakers posed for pictures on the podium, Thomas holding an “Ivy 2022 Champion” sign.