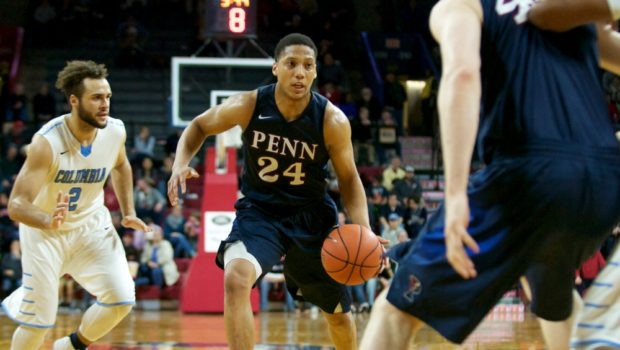 Caleb Wood scored a career-high 25 points and Matt Howard (above) finished with 21 to lead visiting Penn past Central Connecticut State 87-65 on last night.

Darnell Foreman later made a 3 and the lead mushroomed to 70-48.

The Quakers hit 14 of 31 from long range and shot 50 percent from the field.

With the score tied at 15 in the first half, Penn (1-1) used an 11-0 run collecting 3s from Jackson Donahue and Wood along the way.

Austin Nehls led Central Connecticut State (1-2) with 17 points and Khalen Cumberlander added 14. Tidell Pierre scored all 9 of his points from the free throw line on 11 attempts and collected 10 rebounds.